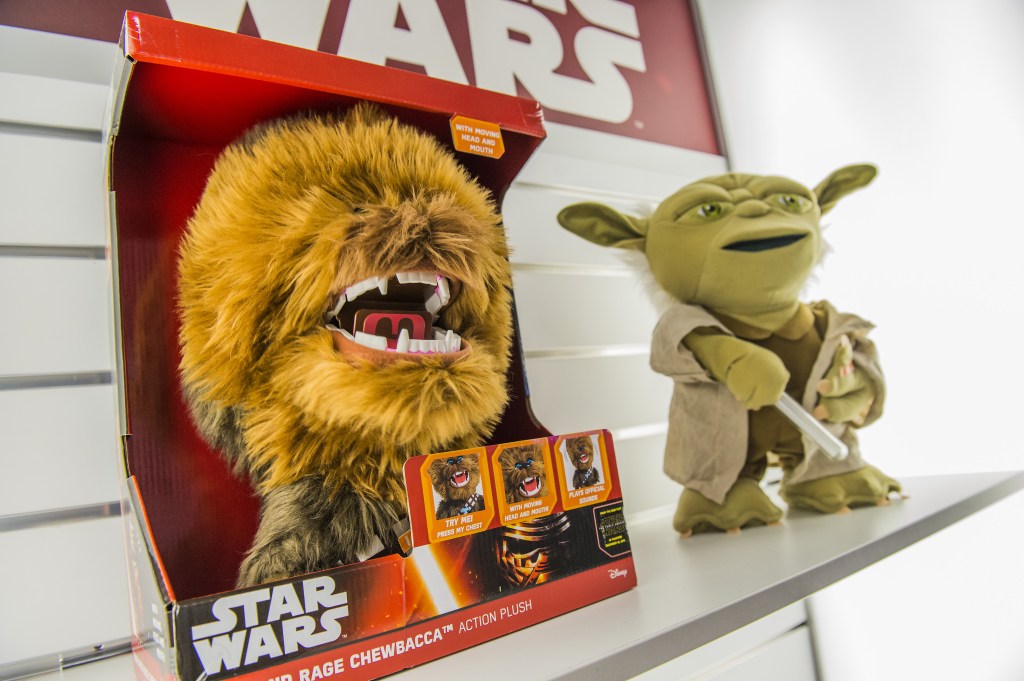 Rights holders’ share of the retail pie rose 7.8% to $13.9 billion, with the average royalty rate dropping from 8.2% to 8.5%, according to information from the second Annual Survey of the Global Licensing Industry by Brandar Consulting.

Toys, apparel and other entertainment and character-related goods, including movies and TV shows, accounted for 45% of global retail sales of licensed merchandise, or $113.2 billion, up from $107.2 billion dollars in 2014.

star wars was the force that everyone reckoned with.

“Star Wars: The Force Awakens is definitely the story of the year,” says Marty Brochstein, SVP of LIMA. “It became something that affected everyone’s business. It’s a split-mind business, and it was hard to get in front of the consumer with other things because star wars was so strong.

Its success could pose a problem for this year’s sales tally.

“The natural order of things is that the second year won’t be as important as the first,” says Brochstein. “You have a very different story this year with Rogue One: A Star Wars Story. This is for an older audience the force awakens. And by nature, those don’t attract as much licensing business… That would be the natural path if things weren’t quite where they were in 2015.”

This is important because consumers are inundated with licensed merchandise.

When Comcast’s NBCUniversal closes its acquisition of DreamWorks Animation, it plans to heavily promote merchandise around its productions, including Shrek.

It wasn’t all about entertainment. People spent $52.8 billion on branded products. The fashion names sold $29.8 billion. And sports accounted for another $24.9 billion.

Clothing and apparel led the way among licensed products, with $37.9 billion in retail sales. Next come toys ($33.7 billion) and fashion accessories ($28.5 billion).

Most people still buy from brick-and-mortar stores. But online sales are growing steadily: they accounted for 18.3% of licensed retail sales last year, up from 16.4% in 2014.