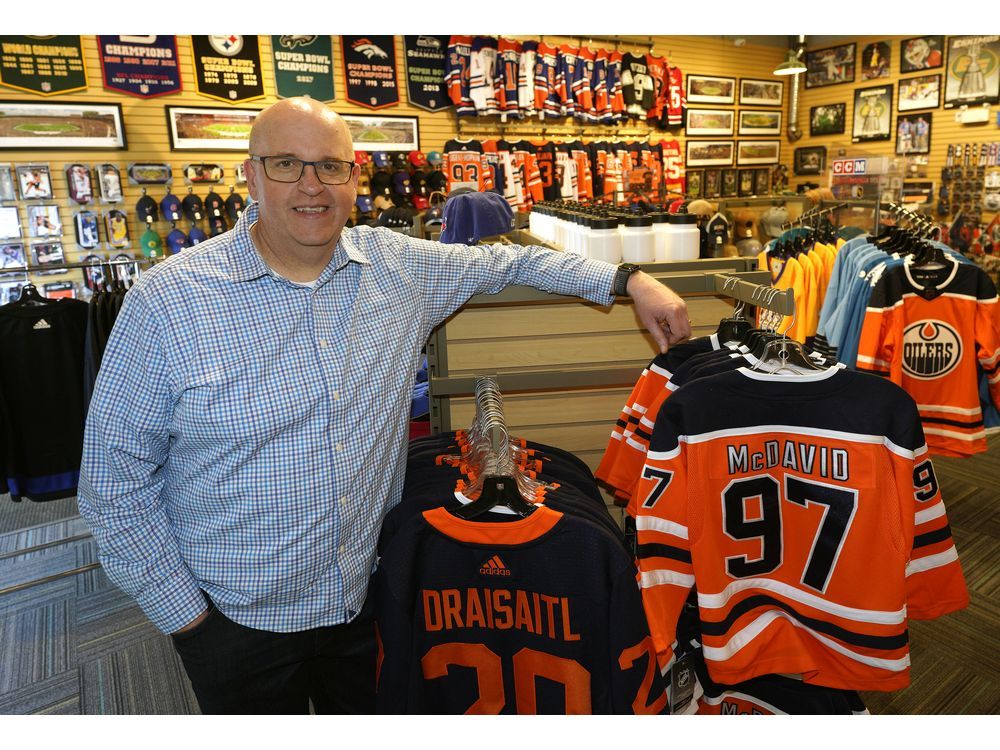 With a sea of ​​orange and blue converging on downtown Edmonton for the Oilers 2022 Stanley Cup run, local and team retail sales are off the charts.

Jack Cookson, owner of Pro Am Sports, said the excitement of the playoffs was noticeable with increased foot traffic at the Edmonton store in its 33rd year of operation.

With fans back in the stands at Rogers Place, flooding Ford Hall and now gathering for the new playoff watch party at Ice District Plaza, Cookson said sales were higher than the past two playoffs.

“One hundred percent, there’s an absolute spike in interest and demand, based on what we’ve seen over the past two years,” he said.

“Last spring, did you get together with a group of people to watch the Oilers game? Probably not with as many people as you can now, and you don’t want to be the only person in the room not wearing something with a drop of oil on it.

Cookson said everyone wants to be on the team during the playoffs and Pro Am Sports has fans covered in Oilers barbecue scrapers, a signed Connor McDavid jersey and everything in between.

“It’s the time of year when Oilers fans want to connect a little more with their team and we help make that connection with any type of merchandise that interests them,” Cookson said.

Cookson, 54, said he grew up as an Oilers fan in the ’80s and the playoffs bring together all the different fan and city eras.

Stu Ballantyne, president and COO of Rogers Place and Ice District, said merchandise sales at the arena have also increased with one item in particular, the orange Oilers FanChain, soaring from the shelf.

“The orange chains, they really look like they’ve taken off. They’re kind of a hot item right now and we sold some last night at the game, but we have another shipment coming for game 5” , Ballantyne said.

He added that jersey and hat sales remain strong and orange apparel is another popular item this playoff season.

“Orange is our color this year that we rally behind, and we certainly see it in the arena and also outside in the plaza and inside Ford Hall,” Ballantyne said.

“There’s still a huge passion in Edmonton for the Oilers and the playoffs only amplifies that – the decibel level in the arena, people going to Ford Hall and Ice Plaza have been really , really wonderful.”

Official team store sales have only taken place during home games and will also be offered at away watch parties at Rogers Place and at the temporary store outside the square during the home parties.

Ballantyne said they are in the process of opening a new full-time store in the Ice District, which he says should be fully operational in July.

Sign up to receive daily headlines from the Edmonton Journal, a division of Postmedia Network Inc.

Thank you for your registration!

A welcome email is on its way. If you don’t see it, please check your spam folder.

The next issue of Edmonton Journal Headline News will soon be in your inbox.

We encountered a problem during your registration. Try Again