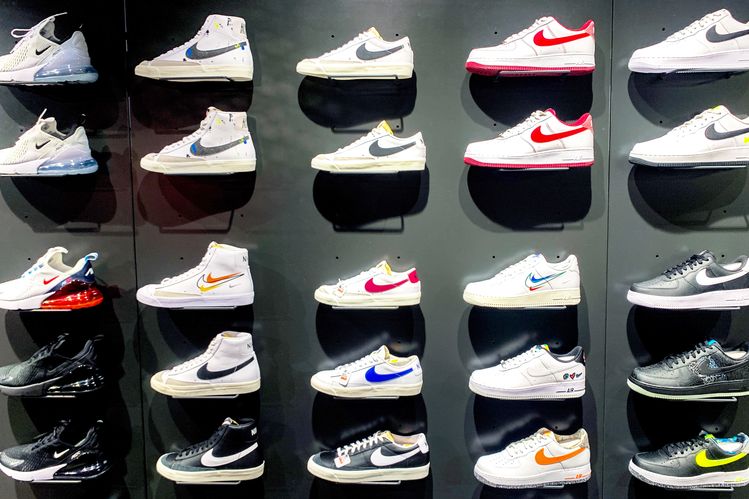 Thomas Arias is the proud owner of over 100 pairs of new and vintage Nike sneakers. Now he is thinking of creating a new collection of brand shoes, but in the virtual world.

“I see an asset that in the future could be worth much more than what I paid for,” said Arias, who is 37 and helps his father run a small import business in Miami.

Nike, which reports second-quarter results on Dec. 20, thinks sneakerheads like Arias and others will want to invest in virtual kicks as it seeks to further grow the digital side of its business by harnessing emerging technologies. such as non-fungible tokens, or NFTs. Tokens are essentially digital deeds that verify the authenticity of the objects they represent as unique.

Earlier this month, Nike acquired Rtfkt (pronounced artifact), a 2020-launched startup that creates NFTs of sneakers and other collectibles, for an undisclosed amount. Nike also recently filed trademark applications indicating that it wants to sell NFTs of its sneakers, apparel and other products stamped with its swoosh logo. Soon after, the company launched a virtual gaming location on Roblox Corp’s free online gaming platform where users can dress up their avatars in Nike clothing.

The moves speak to Nike’s ambitions at a time when a range of fashion and consumer goods companies are racing to gain a foothold in virtual worlds where people are meant to learn, work, shop and play. Dolce & Gabbana, Jimmy Choo and Adidas AG launched NFTs. Balenciaga has worked with “Fortnite” maker Epic Games Inc, and Gucci has worked with Roblox to create immersive digital worlds.

Nike did not respond to requests for comment on its plans for Rtfkt. The startup referred questions to Nike.

Nike has long dominated the scarcity model in the physical world by selling limited quantities of exclusive items and touting their uniqueness, said Erinn Murphy, senior analyst at Piper Sandler. “There’s so much white space for Nike to conquer in the digital realm as well,” she said.

The apparel and sneaker seller has spent years bolstering its digital business by launching apps like SNKRS, which gives users access to exclusive items and events. Analysts say digital investments have been a boon to sales. Overall, Nike’s net sales through its online channels have exceeded sales in physical stores for more than a year.

Rtfkt, which was valued at $33.3 million after a seed round in May, designs its own virtual sneakers and avatars, which have collectively sold for millions of dollars in just minutes. The company has been making physical products through so-called “forging events,” where owners of the studio’s NFTs can request to have their virtual sneakers turned into real ones.

Nike could also release real-world exclusives with NFTs, and the tokens could be traded through digital marketplaces such as OpenSea.

Tech analysts say NFTs could pose financial risks to buyers because their value is largely based on speculation and therefore tend to be volatile. While NFT creators may tout the unique nature of tokens, they sometimes create thousands for the same item.

It could take years, if ever, for NFTs to become Nike’s main sales drivers. But the company’s peers are finding some success in the space. Adidas launched its NFT “Into the Metaverse” collection on December 17 and made around $23 million.

Analysts polled by FactSet project that Nike would have generated $11.25 billion in revenue in the three months ended Nov. 30, which would be roughly flat with the comparable period a year earlier. Nike stock price is up 12% in the past year, compared to a 25% gain in the S&P 500.

Nike, like other retailers that depend on manufacturing plants in Asia, has been hit by supply chain issues resulting from the Covid-19 pandemic. Second-quarter earnings could fall about 20% from the year-ago period, according to analysts’ projections.

The company said in September that shipments were taking twice as long to arrive in the United States, but it had enough inventory for the holidays.

Selling NFT could be a way for Nike to quickly avoid the supply shortage.

Restaurant owner and self-proclaimed sneakerhead Justin Bazdarich said he was excited about Nike’s purchase of Rtfkt. Bazdarich, from Brooklyn, New York, owns several NFTs, one of which costs $2,000 and is paired with a rotating virtual shoe that Rtfkt created in partnership with streetwear designer Jeff Staple.

“If a big brand comes into play like Nike, it’s going to help educate people that this is the way of the future and allow other industries to participate,” the 44-year-old said. .

This article was published by Dow Jones Newswires