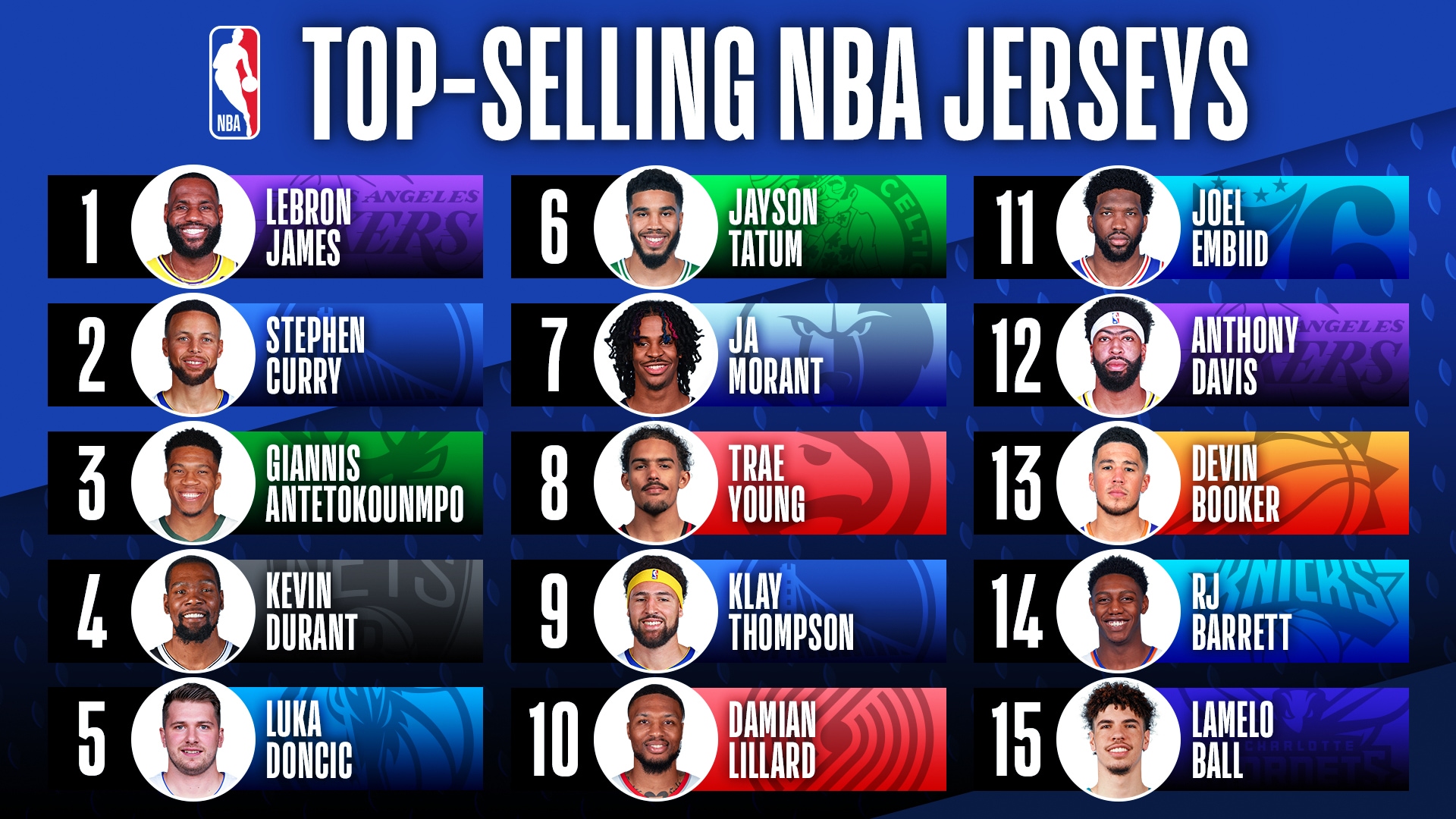 NEW YORK – The National Basketball Association (NBA) and the National Basketball Players Association today jointly announced that LeBron James and the Los Angeles Lakers have earned the top spots on the NBA’s most popular jersey and team merchandise lists. NBA. Results are based on NBAStore.com sales for the first half of the 2021-22 regular season, October 19 through January 12.

James and Stephen Curry of the Golden State Warriors (No. 2 in jersey sales) also lead all players in the NBA All-Star Voting Presented by Tissot with the most fan votes received to date. Voting ends Saturday, January 22 at midnight ET.

Get your NBA jersey at NBAStore.com