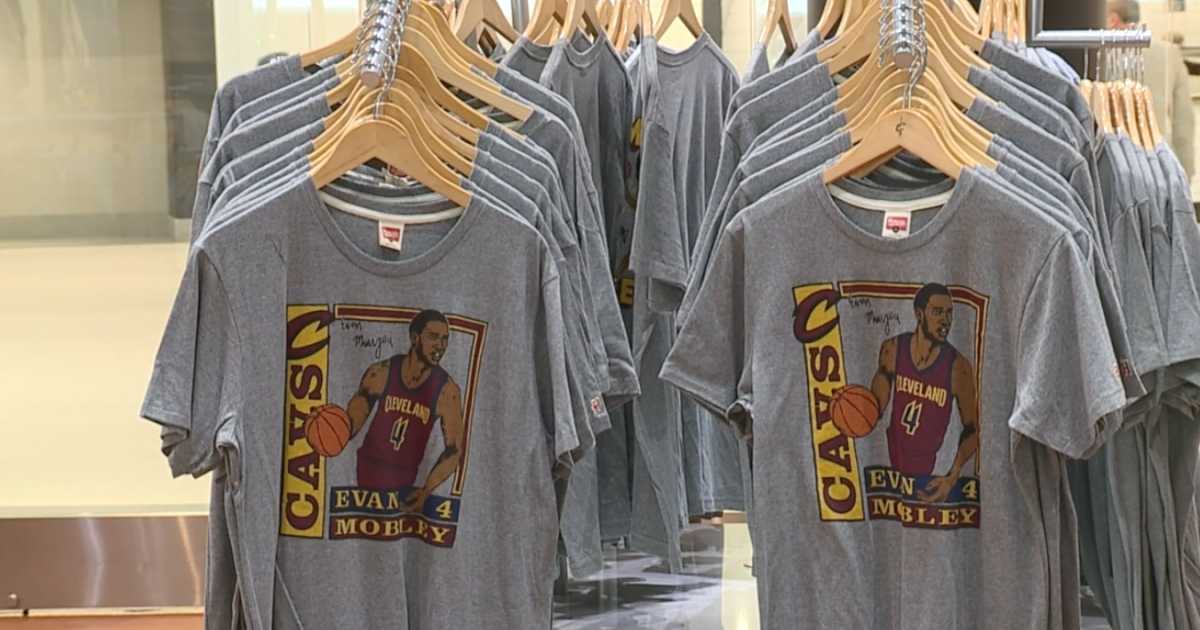 CLEVELAND — The Cleveland Cavaliers have been one of the NBA’s feel-good stories this season.

With a young and budding core of Collin Sexton, Jarrett Allen, Darius Garland and Evan Mobley, Wine and Gold find themselves in the thick of a playoff race.

Meanwhile, the organization is perched near the top of the league for merchandise sales.

“Our City Edition jersey has been a huge hit with the fans. It has the classic logo on it,” VP of Marketing Chris Kaiser said. “Just trying to keep these things on the shelves has been nearly impossible.”

The Cavs are cool, and the Cavs gear is even cooler.

If their partnerships embrace it, their sales reflect it. Cavs officials say sales at the team store are up 247% over last year, which is only open on Cavs game days.

Online, they saw a 70% increase in traffic to Cavs.com.

“We’ve seen great performances on the field, obviously from the team, which is always helpful, but also having two All-Stars and having a rookie of the year candidate in Evan Mobley, that certainly helped. caused a major spike specifically in jersey sales just in general fan gear,” Kaiser said.

Mobley, Garland and Allen lead the pack when it comes to jersey sales, in no particular order. But it’s their collaborations with local brands that set the Cavs apart; blending art and culture to create a mix of wine and gold that keeps fans coming back for more.

The organization has partnered with Homage, Ilthy and Glen Infante to create player-specific looks that accent traditional NBA apparel, giving fans new pieces to show off on game day.

“The NBA is always blurring the lines between pop culture and basketball,” Kaiser said. “We’re just trying to build on that and connect with different fans and specifically be as hyper-local as possible with our strategy.”

Hyper-local has also paid off in the fight against a supply chain shortage that has stifled inventory at major retailers across the country. The availability of a brand like Homage to produce a quick batch of clothing was crucial to keeping the store stocked.

“We just need to diversify our product portfolio and that’s a lot of local products. We can get this material quickly and we do it quickly,” Kaiser said. “These ordering schedules are a week and a half or two weeks, so we can squeeze things in and that definitely helps fill the shelves and keep the store full.”

Most recently, during Women’s History Month, the Cavs teamed up with Emily Roggenburk, a Cleveland-based woman business owner, to champion their “One Team” collection which features empowering and inspiring designs that celebrate women. women.

“I think there’s just a lot of positive stories and a lot of sellable players in this team, which, you know, I mean it’s all about strategy, but it certainly helps to have those elements in place,” he said. said Kaiser.

As the team prepares for a stretch run, having a core collection that looks untouched for several years is a winning formula both on the field and from a marketing standpoint, as evidenced by a shortage of jerseys sometimes in the team shop. In response, the Cavs are encouraging fans to sign up to restock the team’s online store texts so they can be the first to know when their favorite player’s jersey is back in stock.

“As far as the personalities on our team go, I think they’re guys that resonate with the local community,” Kaiser said. “The fans want to continue to build on that and in turn they (the players) want a more player-focused product and they want to be involved in keeping a lot of the product going in the future.”

Download the News 5 Cleveland app now for more stories from us, as well as top news alerts, the latest weather forecasts, traffic updates and more. Download now on your Apple device here, and your Android device here.