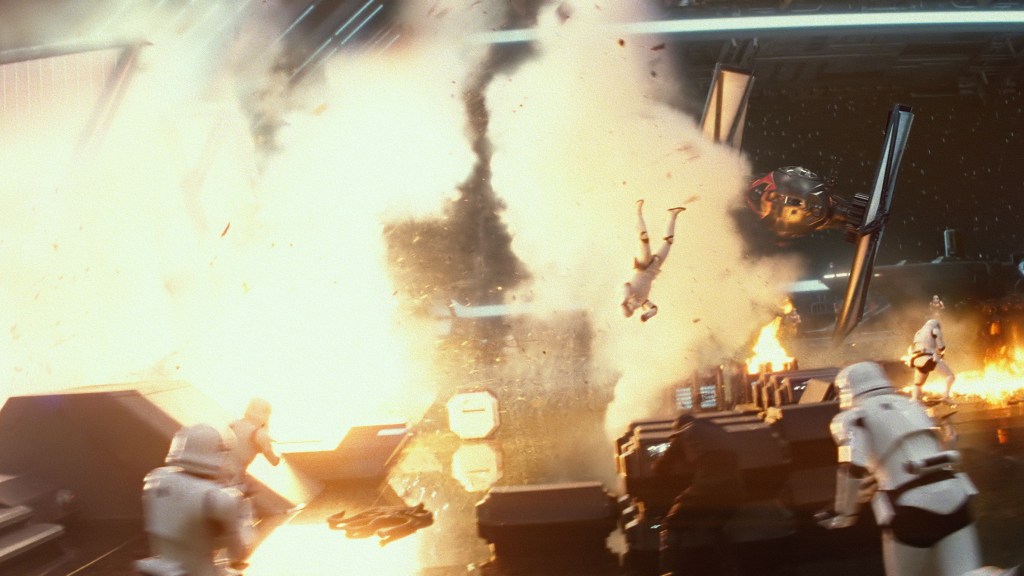 The whole galaxy knows that star wars merchandise was a hot ticket ahead of Friday’s opening of the final episode, but Nielsen on Thursday attached some numbers to the hype.

While the 2015 numbers look impressive, they pale in comparison to 2005, when records were more popular in general (thanks, Netflix) and Star Wars: Episode III — Revenge of the Sith was tearing up the box office.

Book sales have also increased, but have remained much more stable over the years, as the medium hasn’t experienced the kind of turmoil caused by digital services – at least not to the degree that home entertainment has.

The most popular disc product this year is the original star wars Trilogy, followed by the Prequel Trilogy and then The Complete Saga, according to Nielsen.

Nielsen also measured “consumer packaged goods” (CPGs) and determined that $243 million worth of products such as star wars-mac and cheese and other related products were sold this year, compared to $168 million last year and $189 million the year before.

Thursday’s Nielsen report did not predict future sales, but Wall Street analysts expect $5-6 billion worth of goods to be sold globally in the first year after Star Wars: Episode VII — The Force Awakens opens. For perspective, Walt Disney sold $5 billion in Frozen goods during its last fiscal year.