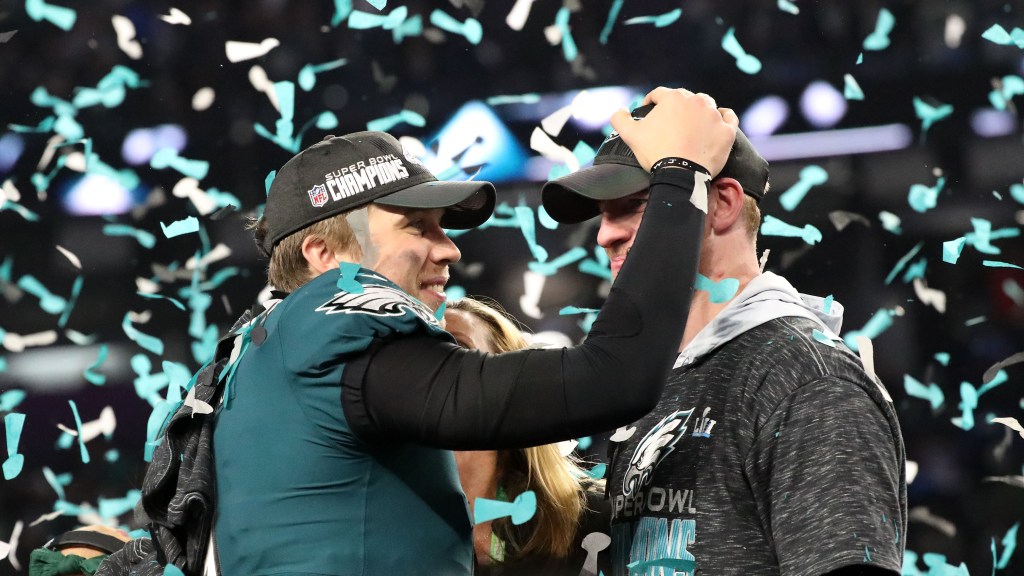 The Eagles have moved a ton of cargo since winning the Super Bowl.

Nick Foles was the # 1 seller for all licensed league products sold from March 1 through May 31 of this year, while Carson Wentz was # 3. Seven Eagles players were in the top 50.

Officially licensed NFL player branded products encompass most items bearing the likeness of an individual player. It ranges from jerseys and hats to items like puzzles and cornhole boards. Foles has been the leader in this category since leading the Eagles to their first Super Bowl Championship and being named the game’s MVP.

Foles actually beat the quarterback he beat in the Super Bowl, New England’s Tom Brady. Here is the top 10, via a NFLPA Report:

In other categories, Foles and Wentz were # 1 and # 2 in Photo File and Highland Mint photo products. Eleven Eagles players were among Forever Collectibles’ top 15 figure sellers, according to the NFLPA.

Eagles fans are an incredibly passionate bunch, but these numbers seem to suggest the team have gained domestic supporters as well. Winning the first Super Bowl in franchise history unsurprisingly boosted the Eagles’ merchandise sales.