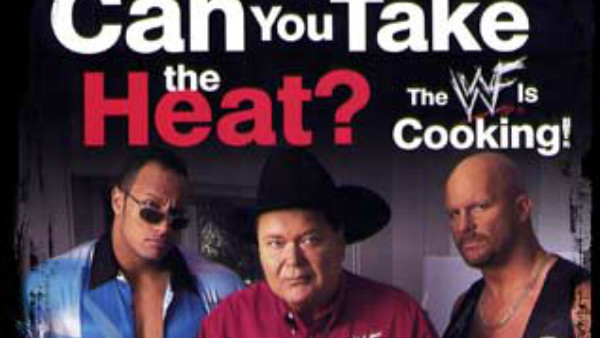 WWE has attempted to sell almost everything over the years. Since the Hulkamania boom in the 80s, programs, magazines, t-shirts, teddy bears, action figures, video games, foam hands, and even key chains have been sold.

Think about some of the greatest wrestling items you can remember from your childhood. How about the infamous Austin 3:16 t-shirt that sold like hot cakes and made you the coolest kid in school in the late ’90s? Or maybe it’s that prized replica of the WWF Intercontinental Title (the one with the white strap) hanging on your wall that makes you feel all fuzzy?

It’s guaranteed that none of your nostalgic memories involve fake wigs, penis t-shirts, or the dreaded â€œAlways Pounding Assâ€ phrase.

The amount of awful merchandise that has passed WWE quality control is downright embarrassing, but hey, at least they tried to teach fans how to cook and wear a t-shirt that says “Blow Me.” ” Front â€¦

Have you ever wondered what people like Steve Austin, The Rock and Kane do on their days off after raising hell, sorry eyebrows and saps for a devastating Chokeslam? Well, it turns out the best in WWE appreciate nothing more than going to the kitchen to cook up a storm.

Talk to your audience about a bad read: “Can you take the heat?” Was a cookbook published at the height of the attitude age.

Recipes for ‘Kane’s Red Velvet Cake’, ‘Sgt. Slaughter’s Mess Hall Dip ‘and’ Road Dogg’s Oatmeal Cookies’ are all included, along with the confusing ‘Jericho Doodles’. Talk about variation, YJ2’s meal of choice is cookies too, and there’s even another cookie recipe from The Rock as well.

If you want to bake cookies this is the cookbook to go for. Other than that, it’s quite confusing why the WWF marketing team thought it was a good idea in October 2000.